This paper introduces an improved version of a sliding-mode slip controller for pneumatic brake system of heavy good vehicles, HGVs. Anti-lock braking function, ABS, has become mandatory for HGVs all over the world to minimize the risk of accidents. The aim of ABS brake function is to reduce the braking distance and maintain maneuverability during steering and braking actuation. Traditional HGV ABS uses a “bang-bang” actuation control approach when it applies and releases the brake pressure to make the ABS periodic actuation. It is a heuristic way of preventing wheel lock using only wheel speed measurement. In order to enhance the ABS performance wheel-slip controller approaches have been represented to maximize the vehicle deceleration by controlling the slip close to the maximum force of the tyre-road interaction.

Dynamics in existing pneumatic actuators limited the performance of wheel-slip controllers. It has been shown that the Fast Actuating Brake pneumatic Valve, FABV, can reduce the order of actuator dynamics up to 10 times compared to conventional actuators. This makes it possible to adopt advance control approaches for wheel-slip controllers which provide features such as fast dynamic response, stability and robustness.

Sliding-mode control is well-known to be a powerful approach for tracking problems while being robust with respect to unknown perturbations and guarantees the convergence to desired reference in a finite time. The sliding-mode controls robustness and quick convergence properties together with fast and accurate torque actuation of FABV, provide the possibility of an improved ABS functionality for HGVs. Recently, sliding-mode controller was developed for wheel-slip control utilizing the FABV hardware. The results are very promising and shows great potential. In tests it was realized that the controller’s performance depends on the vehicle speed. For low vehicle speeds, the sliding-mode wheel slip controller shows slow convergence and a high frequency chattering before standstill. Hence, it was suggested to use different gains during the brake operation to cope with the changes of the dynamics of the system.

With the improved sliding-mode controller presented in this paper, the problem has been addressed and convergence to sliding surface is not speed independent. The asymptotic convergence properties of the control algorithm are proven using Lyapunov stability theory and the robustness of the method is studied. Simulation results of the slip control software in the loop (SIL) environment consisting of a quarter and half car models, FABV plant model, force observer and a pressure controller show improvement of the previous wheel-slip controller. 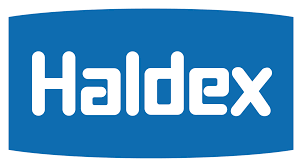